Germline abstains from transmitting damage starting with one age then onto the next – through damage-clearance mechanisms.

Living organisms age and die with time, and yet an animal species can continue indefinitely on account of its everlasting germ-cell lineage. Germ cell gives rise to the gametes of an organism that reproduces sexually and often said to be immortal because they are the link between generations. There has been a long historical interest in the immortality of the germ lineage. How is it that the somatic lineage perishes with an individual, but the germ lineage can survive across generations? This is a fundamental question in biology, which is not well understood.

K. Adam Bohnert & Cynthia Kenyon, researchers from University of California and Calico Life Sciences, has discovered a possible explanation, using worms in their lab, regarding how human germlines are rejuvenated. The results of the study were published in the journal Nature.

“An interesting, previous study by Jerome Goudeau and Hugo Aguilaniu demonstrated that protein carbonylation (a form of oxidative damage) is removed from C. elegans oocytes in a sperm-dependent manner, so we were curious whether we could watch such a clean-up process in live animals and understand molecularly how it would be controlled,” said K. Adam Bohnert.

According to the studies performed in C. elegans, there are damage-clearance mechanisms in the germline which prevent parental damage from being transmitted to progeny.

“In the study, we show that a coordinated shift in many aspects of oocyte physiology allows for a reversal in signs of aging, including protein aggregation. This occurs in a “just-in-time-fashion”, as oocytes prepare for fertilization. This damage-removal process appears to clean the slate for each new generation, and may provide insight into one mechanism that helps the germ lineage stay immortal,” said Bohnert.

The finding is significant because humans have the similar lysosomal switch. However it is not known if the same progression followed in humans, but these initial finding has suggested that it is likely the case. If this is true in the case of human and other animals, this finding would solve the mystery- how the germline stays fresh.

“It is exciting to speculate that the natural rejuvenation strategies utilized by the germline could be co-opted to reverse signs of aging in other types of cells. It is possible that stem cells may be able to utilize similar clean-up machinery to eliminate molecular damage. We are also interested in whether a similar clean-up process occurs in the oocytes of other animals, including humans. If so, it is possible that this process may have relevance to human fertility,” said the Investigators. 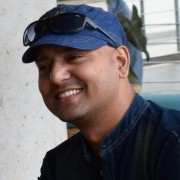